I recently had the chance to stay in Kuala Lumpur, Malaysia for a few days. Given that it was only a short stay, take this review with a grain of salt. Nonetheless, I wanted to share my impressions & opinion.

Getting there was pretty easy & somewhat cheap. Only ~70USD & a 90 minutes flight from HCMC. What I didn’t realize in advance was that the airport is half an hour from the city center & that you need to take a train to get there.

The train is right at the airport KLIA2 and costs around 15USD. All good so far, but the first issues arose when I exited the train. 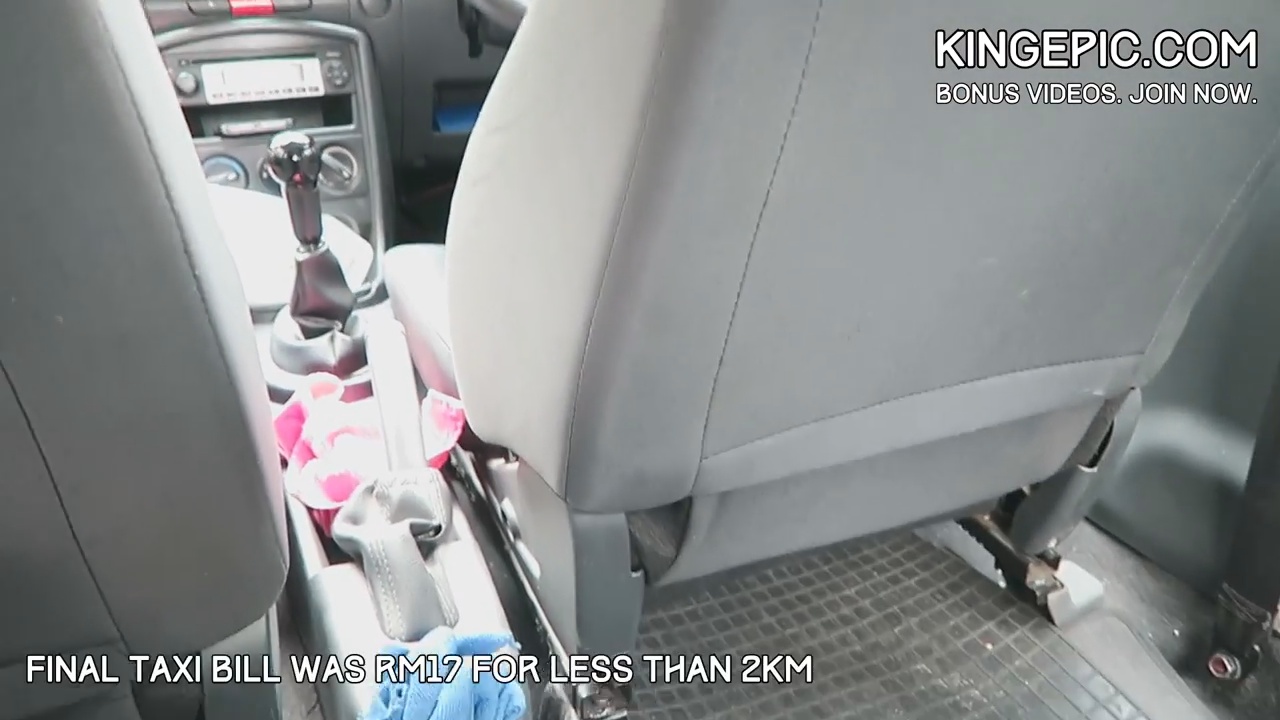 I had no idea how to find my hotel & neither did most taxi drivers (or didn’t want to). Eventually, I found one guy that was willing to drive me there … but he ended up driving in circles not finding the place either.

The worst part was that he was trying to get me off his taxi. Every few minutes, he would slow down, point at a random hotel, “This hotel!“.

But I wouldn’t get out & told him that’s not the f*cking hotel!

He had to get out twice & ask for directions – when we finally arrived at my hotel, the meter was at 17 Ringgit. That’s only 4USD, so no big deal but given that we drove around so much & the scamming he tried was a bit annoying. 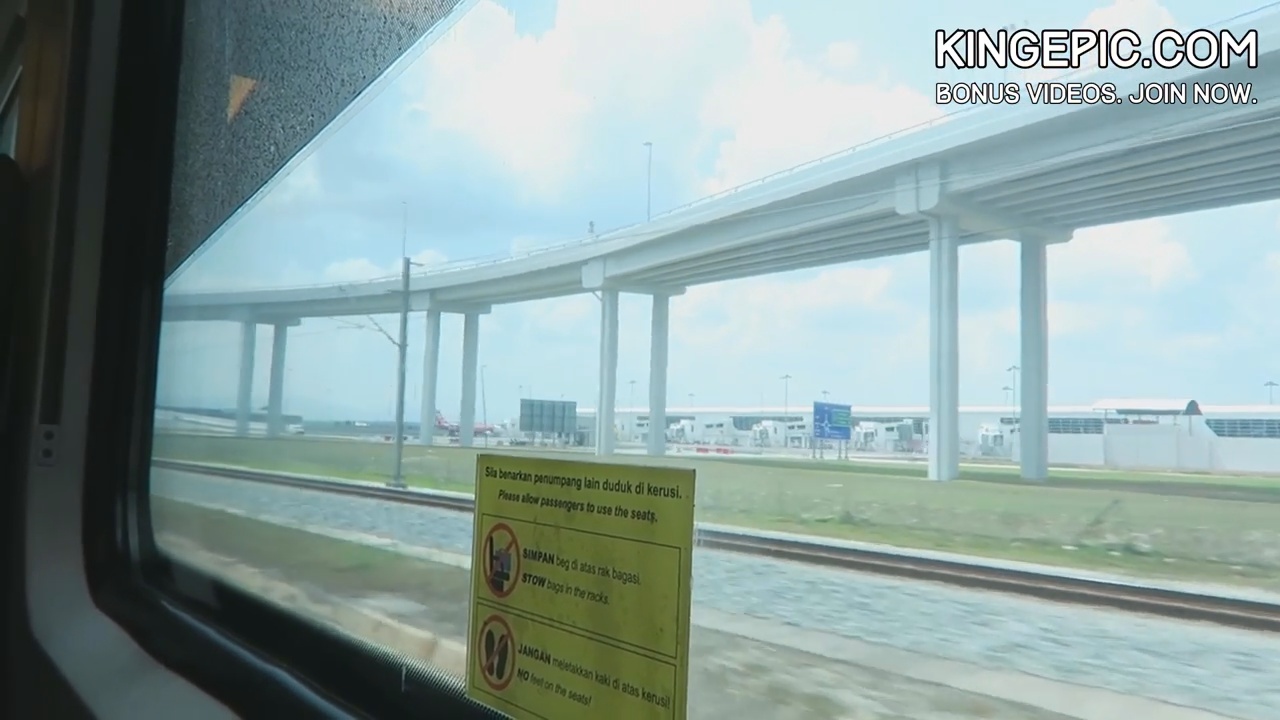 I stayed at the Ceria hotel – see the video below for details!

I am okay with having no windows, only 6 TV channels. That’s all fine, but slow WiFi & no desk? Hell no, that’s making any stay miserable! As you’ll see at the end of this article, it can – and did – even get worse …

I didn’t really know what to expect. On the one hand, this is a predominantly Muslim country, but then again, KL is too large of a city not to have any decent nightlife … or so I thought.

I had already been warned by a friend, who’s been there just a week earlier, “It’s complete shit, don’t go there!” … but of course, I had to see for myself.

Of course, I am probably only scratching the surface of the local nightlife, but just hanging around Beach Club Cafe & the surrounding venues, I kinda gotten an idea of what to expect.

Beach Club entrance fee was 40 Ringgit (10 USD) and the outside is completely packed with taxi drivers.

The working girls there were alright, a select few certainly hot but prices were not reasonable for my taste. $100 for 2 hours isn’t just what I’m willing to pay for sex in Asia.

There’s more bars next to Beach Club but these were all regular bars, not any hot or working girls anywhere to be seen.

If you plan on visiting Beach Club (and leaving with a freelancer), I recommend you stay in a guest-friendly hotel nearby.

Here are my recommendations (keep in mind that generally, hotels in Kuala Lumpur are not cheap!)

The only venue in proximity worth mentioning is the bar downstairs at the Cabana Inn. Many working girls, but I didn’t fancy a visit during my stay.

What about street hookers? Excellent question!

They certainly do exist – see video below – but the quality is just really bad. I really mean it. So bad, that price doesn’t even matter. I wouldn’t even be remotely interested if it were for free.

The street you can see on the map below was the only area where I saw a number of hookers outside close to each other. In other areas you’d see one or two, but not that many. 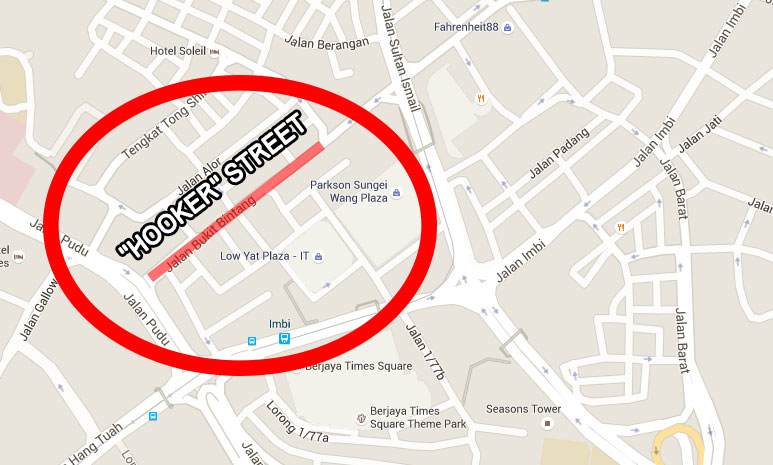 Other than that, zero action on the street & even the above-mentioned venues would shut down at 3am. This was one of the things I really disliked about KL – the lack of street life.

In Thailand & Vietnam, you have food stalls, people sitting on the street around the clock. Here, it’s so clean & sterile that it feels quite boring and quite frankly, dead.

Let’s dive into the most important topic: quality & quantity of women. During my entire stay – walking around daytime & at night – I haven’t seen more than a handful of attractive girls.

In hindsight, I’m not even sure if they were that attractive or if it was the lack of other hot girls that made them appear more attractive in that environment.

The attractive girls I did see didn’t look like locals either, more like Thai/Vietnamese … that’s just another reason I wouldn’t go there for the girls. A well-known travel blogger rated Malaysian women as #1 in terms of natural beauty in all of Asia. I certainly couldn’t disagree more!

Practically anyone I talked to, taxi drivers, 7-Eleven … etc. I felt like the service quality/politeness was non-existent. Either that, or I am just spoiled by the friendliness of Thais. Not sure, but certain issues stood out.

That’s my subjective experience – most I’d categorize as borderline arrogant, certainly not what I’d consider friendly.

The only things KL has going for it is cleanliness, nice sidewalks & good infrastructure. Don’t go there for mongering and/or girls.

Where to go instead? I recommend Bangkok & Saigon (Vietnam) – and have guides for both cities, so you’ll have an awesome trip! Hotels, Massage Places, Clubs … all included 😉